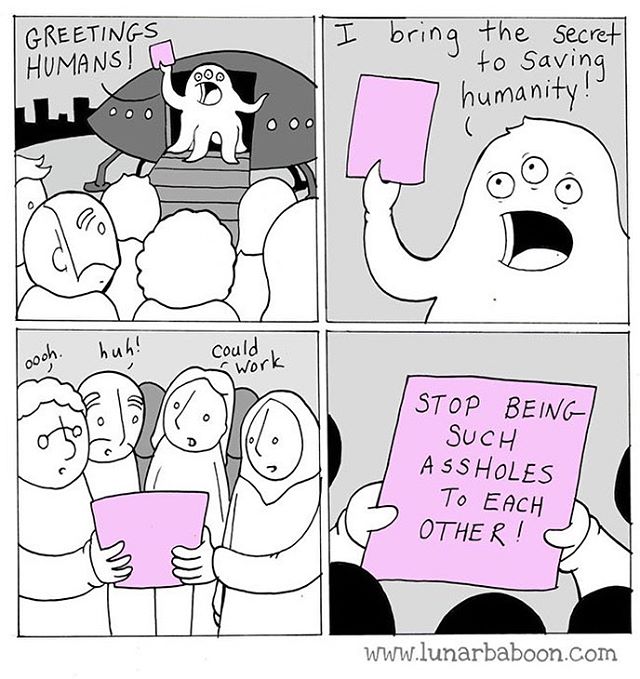 I am done with the wilfully inconsiderate.

I do know it concerned right wing factions in the US and their protests against wearing masks – this in a country that is currently leading the way (go America!) in COVID-19 deaths – and how it wasn’t the people who lack an education who we should be dealing with here, no no, instead we should be looking at those people who are WILFULLY IGNORING advice from scientists.

I am done with the wilfully inconsiderate.

At this point I should admit that I have a pet peeve, I identified it a long time ago and it’s one I know I’ll never shake; It’s the person who doesn’t glance behind as they open a door and who just lets it swing back into… well whatever is behind them, they don’t know. It’s the person who litters. It’s the person who looks at an already full and overflowing recycling bin and things they’ll just dump a bin bag next to it anyway.

I’m not sure if it’s a growing trend, this air of ‘but it’s not my job’/seeming self importance, but it is most certainly an annoying one.

Is it a lack of education? I’m not sure, and it’s hard to get into this without rolling out class based reasoning and accusations. So let’s not go there, especially as I’ve heard and seen all the counter-arguments to these types of minor misdemeanours; someone else will do it… I was only gone for… and so on.

Oh yes, there is always a ready excuse, just as there is usually a quick escalation to anger. Is that because they know, deep down, that what they’ve not done isn’t right? That it goes against the idea of a community, a society in which everyone has the same rights and expectations? And when called out on it the reaction is usual a spicy ‘Mind your own business’ (and that’s the polite version).

For a while I thought it was my age, or a change in my demeanour that was making these little transgressions fit into a large pattern, but no, when a traveling writer (himself a renowned anti-litter grump) visited Glasgow a couple of years ago he commented on the same thing, how shameful it was that such a lovely city was covered in litter. Disgusting, he said, and we sat in our shame and agreed.

I miss lockdown. Walking the dogs through the early weeks and the change in our local environment was telling, the streets were cleaner than I remember them for a long long time.

Lockdown lifts and it’s already heading back to where it was, with the added bonus of discarded masks lying in the street alongside the McDonalds containers and coffee cups. It’s all so enraging and I can feel my patience wearing thinner and thinner.

Yet the ones that pique my rage the most are those who actively go out of their way, who wilfully choose to go against the grain. No more so than the current trend (is that what it is?) of choosing not to wear a mask.

It’s all subsumed into a world of fake virus claims, 5G hysteria, and largely driven by bogus information that is easily fact checked and flagged as such. I’ve even seen one Facebook page linking to articles that Facebook itself is flagging as false information (but of course that’s all part of the conspiracy too, right?).

What is the reasoning here? Is it a weird unthinking reflex that flies in thousands of years of self-preservation, or just an obstinate choice to be contrary for the sake of it?

This virus kills people. It damages survivors in ways we don’t yet fully understand. Those are the facts, I’ve a friend who tested positive, had self-isolated and still doesn’t have much of a sense of smell or taste.

But that’s ok, that doesn’t impact you so go ahead, don’t bother with a face mask, don’t look where you are walking, and feel free to drop that plastic bag of rubbish in the street.

Of course there is part of me that realises I’m speaking from a place of privilege (of which I have many), and that allows me to look at people who demonstrate these traits and determine the actions that I want to ensure I avoid (however subtle) and if nothing else they are a shining example of the type of person I do NOT want to be.

Yet I find myself casting around for ways to get a handle on these things, a way to process my initial reaction (anger) and find a way to better approach these things, whether that’s directly with the person – a polite request might be all some need – or through community action perhaps?

Is it just me? Is the world slowly slipping away from the basic tenet of ‘be nice’? It certainly feels that way.

2 Replies to “The wilfully inconsiderate”