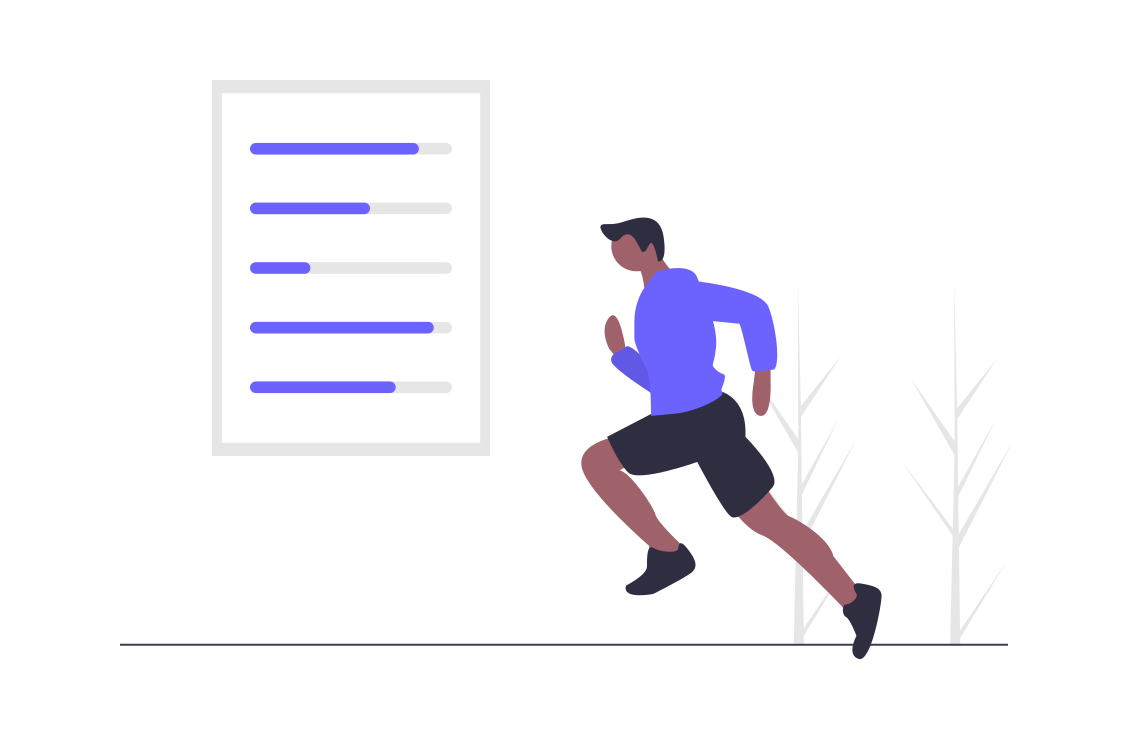 It helps that we live part way down a hill, so the minute I get on my bike I can pump the pedals a few times and head down it to get that instant burst of speed and feel the wind in my ha.. well, you get the picture.

It had been a week or so since I’d last out on my bike but in those first few seconds I realised how much I missed it and, being me, I tried to figure out why I was getting such a buzz of excitement so quickly.

I’ve been a runner for a long time, if I count those teenage years out with my Dad then I’ve spent 30 odd years in a fractuous relationship with something that falls into the classic love/hate Venn diagram.

Becca isn’t a runner, she was brought up on bikes and hill walking (I’m convinced she’s half mountain goat at times), and trying to explain to her why running can be fun is hard.

Maybe that’s because running is hard and, for a lot of the time, when you are starting out or getting your fitness back (or dealing with a myriad of injuries like someone you know, dear reader) it really isn’t all that much fun. It’s a slog. A sweaty, thumping, panting, plodding, slog.

In your head you are lithe, bounding along on springy limbs, the pavements a blur beneath your feet as the sun shines down. You are an athlete, part Mo Farah, part Jessica Ennis, supple, slim, and moving with grace.

In reality you have a weird shuffle because you keep forgetting to keep your head up, and as you religiously follow the voice in your headphones, you silently, cursingly, count down the seconds until you can “Walk for 30 secs”.

That’s partly because of the way we approach learning to run; presuming you aren’t one of those people who is just naturally fit and slim, and slips on their shoes for a quick 5K round the park, running is hard work.

Don’t get me wrong, those Couch to 5K programmes are great for many people but are typically structured to be a constant nag, especially with the myriad of apps with notifications and whizzing graphics that are a constant reminder:

Do your run today!

I’ve tried a few of them in the past and (Zombies aside) they just aren’t all that much fun and tend to transport me back to my youth, to our P.E. teachers, and the prospect of being the unfit/overweight kid who was only good at two sports; basketball and badminton.

Don’t get me wrong, I have found memories of those gym halls, and it was those somewhat joyless winter ‘cross country’ sessions, circling a muddy, sleet covered field/football pitches, that made me realise that whilst I couldn’t run fast, I could just run and run.

Other memories come flooding back. With a father who was also a P.E. teacher (thankfully he was at a different school by the time I got to Dumbarton Academy!) and who had, for a while, taught alongside one of my P.E. teachers I was quickly singled out for some extra comments, given and taken in good spirit.

These include the legendary, withering put down from Mr. Mackie (sp?) (who I’d later befriend as a fellow fisherman on the banks of the River Leven); we’d been practicing the shot putt, and I’d heaved it as far as humanly possible and I thought it wasn’t too shoddy an effort, yet it was met with an incredulous smirk and the comment “For gods sake McLean, yer granny could throw it further than that!”.

Ahhhh those were the days.

I’ve written before about my cycling history but it’s only the last few months, being out and about more and more on two wheels that I’m realising why I enjoy it so much.

I have no competition.

As a child my bike was used for escape and freedom. I could be alone and travelling, I could cycle over to Levengrove Park and sit by myself. I never raced, never competed, so cycling was always just a thing to do because I enjoyed it.

Growing up I realise that most of my youth was spent trying to compete, trying to fit in, with boys who were strong/faster/better at most things than I was. In a way this was a good thing, competition can be, and it drove me trying harder in areas where I knew I had a chance of winning and I found ways of doing just that, mostly through the latter years of Boys Brigade and leading my squad to a clean sweep of all the trophies in my last year there.

Yet, as always, these childhood experiences were helping form behaviours that would stick with me for a long, long, time. They were subtle, hidden at times, and entirely in my own head and of my own construct. Without realising it I was on track to being a perfectionist in all it’s self-defeating and self-limiting ways.

Oddly I don’t think I’d change anything other than the timing of this realisation (a few years ago); but c’est la vie, and with my self-awareness continuing to heighten it’s allowing me little moments like I had on my bike.

It also explains my last run. I’m committed to my long standing goal of running 5KM this year and have been taking myself out for run/walk sessions every now and then, mostly to see where I am fitness/injury wise.

In the past I’d have gone with an app, picked a program that I thought would match my current capabilities and followed it. This time I didn’t, I just pulled on my shoes, popped on a playlist and ran, and walked, and ran, and walked. I ended up covering about 2.5km and felt like I could’ve gone on a little further.

It felt good, it felt freeing. I wasn’t in competition with a voice telling me what to do, there was no-one to let down (yes my brain will feel bad if I’m letting down a digitised voice that I chose to listen to). It was just me, running (with a little walking), ignoring everything around me.

It meant I could focus on my posture (part of the physio I got early this year highlighted this) and for some moments I realised I was just lost in the run, a feeling I’ve not had for a long long time.