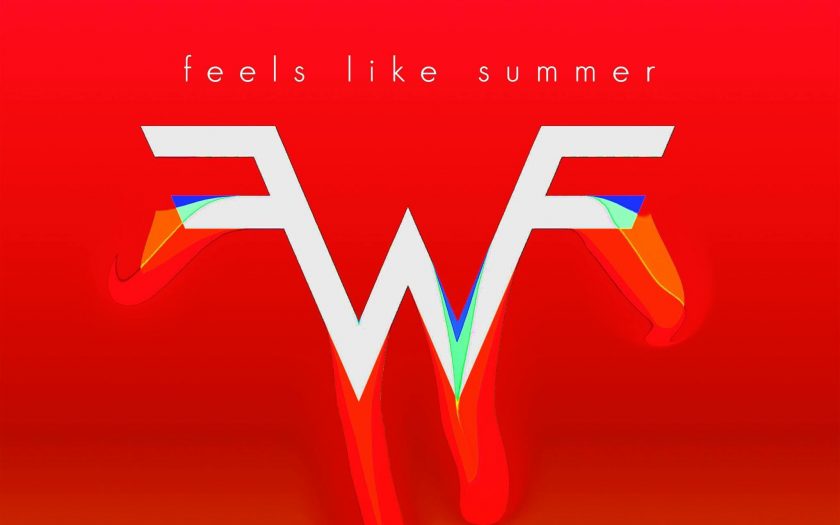 As a packed out Academy sang along with the final refrain of the evening, myself included in my usual slightly off-key baritone, Weezer acknowledged the crowd with well deserved smiles I stood and let the memories of twenty plus years wash over me.

From the minute they stepped on the stage, ripping their way through the first few tracks without pause, it was clear this band were exactly as you expected them, only louder. Sometimes this doesn’t work if the band can’t bring an extra dimension to their songs, but sometimes it does and a lot of that is down to the strength of the songs themselves.

Weezer sit in my record library in the category best defined as ‘not played all that often but when I remember about them I love every track’. Their riff heavy pop songs play to a sweet spot in my musical psyche and the slightly offsetting visual of the short, geek spectacled, slight lead sing and songwriter thrashing out some stupidly catchy chord sequences, only made the energy coming from the stage all the more obvious.

Watching a live band settle into a gig is always fascinating, and after those first quick fire tracks despite Weezer showed now sign of abating, cramming 21 songs into a 90 minute set, you could see their energy levels rise to meet where the bouncing fans were from the outset.

But it’s not just noisy guitars, oh no, that River guy knows how to write a catchy rephrase and almost every song was sung back at the band word for perfect word. The setlist also had a good rhythm to it, letting both band and audience breathe when needed, before heading straight back into massive riffs.

Lacking a flamboyant front man, Weezer stick to what they know best, good simple rock songs and sometimes that’s all you need to send a hot, sweaty, happy crowd out into the Glasgow rain to cool off.

Addendum: Rivers Cuomo features in an episode of Song Exploder discussing his song writing approach in general, and how ‘Summer Elaine and Drunk Dori’ was created.

I’m leaving Sleeping Giants, but not because I want to
10 July 2020
Confederate Statues Were Never Really About Preserving History
10 July 2020
Asian Americans Are Still Caught in the Trap of the ‘Model Minority’ Stereotype. And It Creates Inequality for All
9 July 2020
Scotland will become the first country in the world to add LGBTQ+ history to school curriculum
7 July 2020
How to build a ‘rest ethic’ that is as strong as your work one
7 July 2020
The Walkman, Forty Years On
6 July 2020