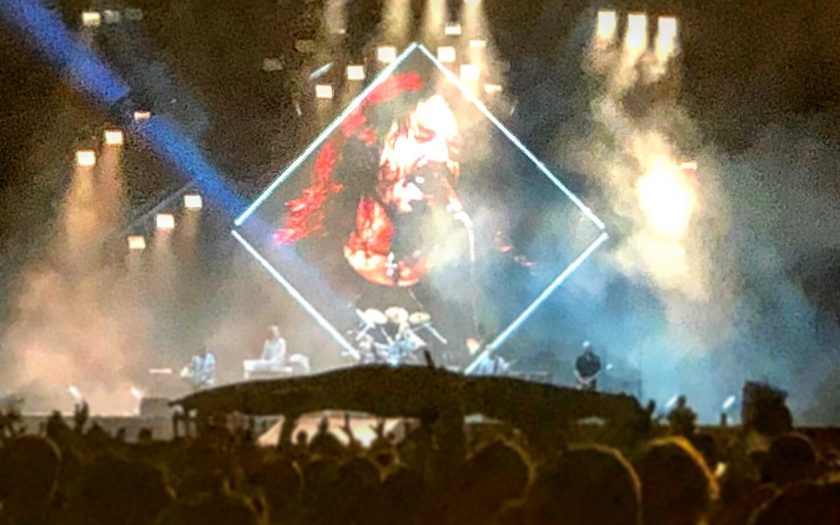 I have been and went to that London and it was good!

Mind you there was a small blip at first. I was primarily there to see the Foo Fighters perform at Wembley Stadium, so you can imagine my confusion when I realised, only a few days before heading down, that they were, in fact, performing at the Olympic Stadium. This rendered my ‘clever’ hotel location booking a bit redundant but that’s what I get for not checking the detail.

A few years ago, I was down in London and on arriving at our hotel for the weekend I boldly marched up to the reception, stated my name and said I had a booking (does anyone else have that mild panic the minute you say that? what if you’ve screwed up?? Ahhh read on…). Blank looks ensued from behind the reception desk, my name was repeated back to me, and confirmed that yes, my name was McLean, but no, there is no booking with that name. I hurriedly retrieved my phone from the depths of a pocket to show that I did indeed have a booking, howverydareyou, and I was proven right! I did have a booking.. at one of the hotel chains other locations… Oops.

London is, as always, mind-boggingly big and awkward and messy and loud and diverse and a bit scary and wonderfully friendly, and continues to be all these things all at once. I love it. Even the touristy bits which I’ve seen plenty of have a certain appeal, and sure, maybe it didn’t matter where we were as the sun shone all weekend long, so sitting outside a pub in Shepherds Green was just the nicest way to spend a Thursday evening after getting the train down from Glasgow that afternoon.

Friday was Foo Fighters Day and we set out early to give us time to wander and enjoy the sunshine, walking from the hotel through the edge of Notting Hill, on towards Kensington Gardens then down into Hyde Park. It was all very lovely and very warm. From there we hopped on the Underground out to Stratford and located a small bar and sat there for a while before heading to the stadium.

Stadium gigs aren’t for everyone, but being part of 100,000 odd people dancing and singing and cheering to the same songs that you love is oddly uplifting and despite the volume of people I always come away from these things feeling more connected and positive via the joint experience, than in any way disconnected or de-personalised due to the sheer volume of people. It’s wonderful.

Also wonderful was bumping into the single other person who I knew was going, I mean what are the odds! (yeah yeah 100,000:1 I know).

The gig itself was every bit as rock n roll ridiculous as you might imagine, in the best possible way. I’m pretty sure the Foo Fighter amps all go to 11 and they are so unashamedly ‘hey we are doing a big rock stadium gig’ that it’s infectious… I mean an amazing 10 minute drum solo as the kit rises and rises up above the stage? C’MON!! They are virtually a parody of themselves but with enough of a knowing wink that it never feels false; this is not a band who take themselves seriously. They do, however, take their performances seriously and so, just over 2.30hrs later (and 15 mins beyond the curfew) we all bide our goodbyes and sang our way out of the stadium, the WHOAAAAA aaaaoooo chorus from Best of You on repeat.

Sidenote: Dave Grohl is a ridiculous man, as sweet as he is loud. Calling a good third of your audience assholes for not having attend a Foo Fighters gig before and GETTING AWAY WITH IT… can he do no wrong?

Needless to say Saturday rolled around in a bit of a haze – no YOU were drinking pints of Pimms – which is why we were lucky that we found a nice little bistro for brunch before setting off into the city to the hustle and bustle of Borough Market.

That afternoon I was lucky enough to catch up with some blogging friends for a few shandies. I think the last time I saw some of these lovely people was about six years ago (at yet another bloggers wedding), and in that lovely way that happens when you are in the company of ‘good people’, we all just picked up where we left off. Of course social media helps, but it was so lovely to spend time with them. Maybe an old skool bloggers meet up is overdue?

Another hazy start on Sunday (perhaps there were a few too many shandies?) and some time to myself found me wandering once more through the parks in the sunshine, pausing to meditate under a tree, then getting caught up in a massive Hari Krishna parade, before finding my way to the South Bank to spend the day with a lovely friend of mine.

We spent the day hiding from the crowds and the baking hot sunshine in the Hayward Gallery (the Lee Bul exhibition is well worth a look), and then exploring the new ‘wing’ of the Tate Modern which is vast and as always full of the usual mix of installations and art (the most impactful was a timelapse video from Suzanne Lacy – The Crystal Quilt).

The day was rounded off with more beer, even more great company (including a surprise visit which only added to the joy of the weekend), and the last underground train back to the hotel.

I must not leave it so long again. I spent most of the weekend with a smile on my face (for many different reasons) and as we travelled back to Glasgow, little memories kept floating into my head and I’d start smiling all over again. More blessings to be counted.

At one point during the weekend the topic of having a ‘tribe’ came up, and my weekend in London was a perfect example of this. When I first started blogging I had no sense of where it might lead. We were a small band, and on my first visit to London I tentatively suggested meeting up with some of them. It was a nervous wait but as more and more people turned up (15-20 of us) the more I relaxed I became because these were, in various little ways, all ‘my people’ in one form or another.

Fair to say that my weekend was full of highlights and wonderful new memories (even a hotel room that barely dipped below about 28C all weekend no matter what we tried had no impact on my mood). From the Foo Fighters, to friends, to lots of fun, I’m only really writing this post so that I don’t forget any of them.

And yes, I’m already making plans to go back again.

4 Replies to “That was London”