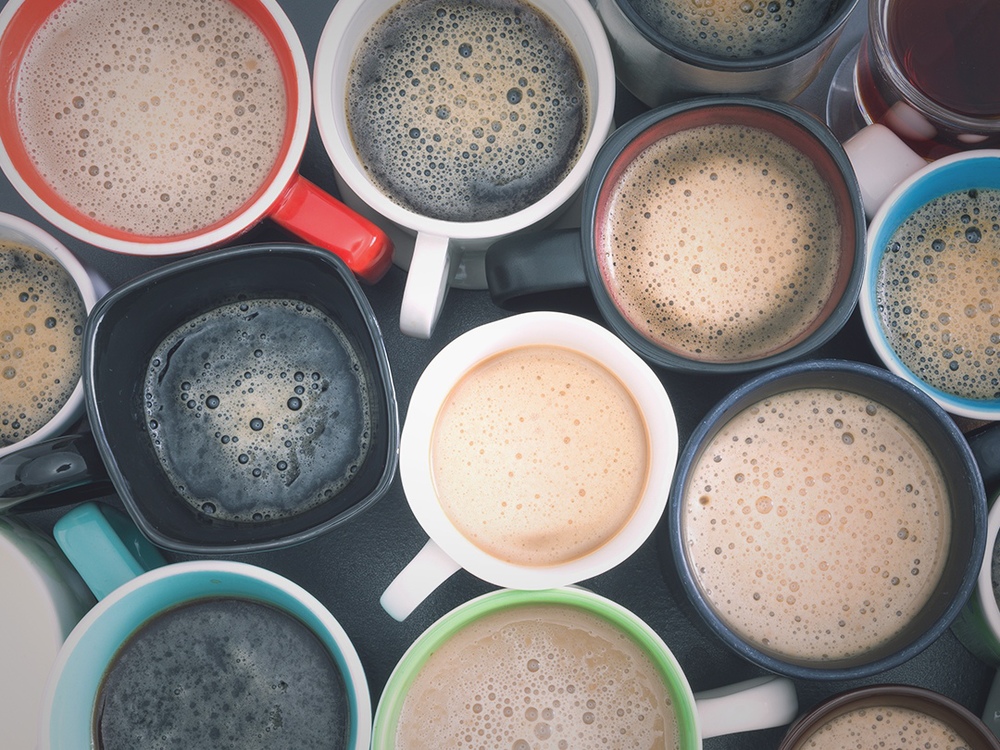 I’m on my way to work. I step off the bus and head for the same location as I have these past four years. As I enter, if she’s working, Alice says hi and takes my precious travel mug from me, and starts to prepare my … wait for it, large skinny, sugar-free vanilla, latte.

I wouldn’t say I’m addicted, more that I like routine, and as this coffee house is on my way to the office, it’s a convenient place to stop.

Isn’t that what an addict would say?

I’ve tried going cold turkey, both by choice and by happen-stance, neither times were particularly fun and both resulted in a splitting headache by the early afternoon.

At a previous job I drove to work, parked in the car park and walked into the office, usually one of the first people there, my first port of call was the filter coffee machine. Again, it was routine; take off my coat and hanging it up, retrieve laptop from bag and start it up, open drawer and remove mug and head for the kitchen.

Once in the kitchen I’d set up the coffee machine and wait for it to filter through to the pot. Just me, in silence, almost like a meditation, listening to the quiet gurgling of the machine, and the first tell-tale drip drip drips.

Rumour has it that, as people started to appear in the office, they’d check to see if I’d had my coffee before approaching me. I am very OK with this. It’s not like I was grumpy until I’d had a coffee, more that I like to have my moment with my favourite beverage.

Growing up, coffee was a constant, the only hot drink I recall my Dad ever drinking. My Mum was all tea, and the occasional hot chocolate which, given my Father’s sweet tooth I have to presume he also indulged in, is still something I have now and then.

I take my coffee with a dash of milk and a sweetener, the same as my Dad. For a while I switched to black coffee for no other reason than securing a source of milk in an office environment was always a bit tricky. These days, with someone else making my first coffee of my working day for me, it’s a little more exotic.

Is it an addiction? Perhaps. I know my limits though, and tend not to drink coffee after about 5pm, lest I be awake at 2am and ready to take on the day!! I also try not to have more than four or five cups throughout the day, most days I have three which I think is a reasonable balance., right?

I’ve tried tea a couple of times, builder’s tea I guess you’d call it. The first time I was on holiday with a friend and his parents in a holiday resort in Anglesey. Few memories remain of that week; cassettes of Soul II Soul and Bomb The Bass on rotation on my walkman, snogging a goth girl who smelled like peaches, and drinking a cup of tea as I was too polite/shy to say no. It was an odd week.

More recently I tried it again, having spent many years treating the drinking of hot water and leaves with disdain. I retain that view still, tea and I do not get along.

Aside from coffee, I drink about three to four litres of water a day as well – the joys of being on a diuretic – and occasionally will have a can of something fizzy. We get fresh orange juice delivered from a local farm, as well as milk, each week, and that’s about it. I’m partial to the odd glass of wine with a nice meal, and will happily spend an evening in the company of friends drinking beer, or perhaps a gin (and after that, who knows, cocktails?!), but my beverage of choice is, and always has been, coffee.

I wish it was better for me, I wish I could drink it after 5pm – and no, decaff doesn’t work, my brain seems to work on the fact I’ve had coffee, not the amount of caffeine I’ve ingested – but part of me doesn’t care about any of that.

The only thing better than the smell of freshly ground coffee, is the smell of freshly made coffee. Whilst I’ll occasionally indulge in a seasonal special, as offered by the large coffee chains around the world, I’m just as happy to make a mug of fresh coffee at home, sit on the sofa with a dog at my side and take 10 minutes out of my day to just enjoy.

All I know right now, is that it’s time for another coffee.