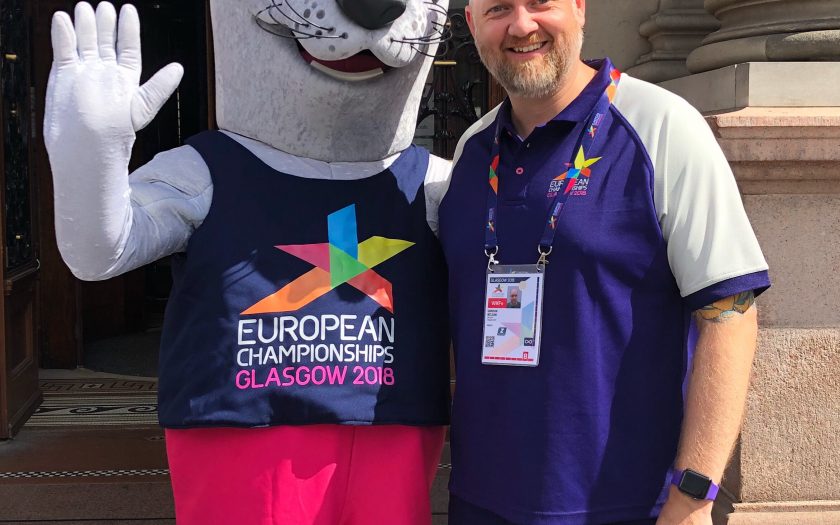 When the Commonwealth Games finished, 4 years ago, I took with me many fun memories and a real sense of pride in my home city (I wrote about it too). So when the chance to volunteer to help out at another major sporting event being held in Glasgow, I leapt at the chance.

I was offered a role as a T1 driver, which meant I spent the last couple of weeks driving various ‘Presidents of…’ and ‘Executive Directors for…’ around some of the venues being used to host the European Championship events in Glasgow.

Whilst not on the same scale as the Commonwealth Games, given that this was the first year this new ‘Championship’ had taken place, I think we acquitted ourselves pretty damn well! It all went by in a blur, 5am starts each day added to the general ‘zoning out’ effect that I remember from 2014 too; get up, head out, do your shift (0600 to 1630), head home, wash your uniform (1 of 2), eat, sleep, repeat.

Ohh but what fun! I got to meet some lovely people from all over European, got an Italian physiotherapist hooked on the band Honeyblood, chatted about Aston Martins and Porsches with the President of FINA (she wanted to buy a DB9 but they are seen as ostentatious in Germany so she ‘settled’ for a Porsche 911S instead!), and on the whole had a blast. We had a good bunch of volunteers, and I got into most of the venues I visited to watch some of the sport on offer; gymnastics, swimming, diving, synchronised swimming, cycling (road race), and triathlon.

Add in a buzzing George Square and Glasgow Green, and it certainly seemed like the event was a success and I’m so glad I volunteered for it. One visitor did comment that they hadn’t been to Glasgow before but she was delighted that ‘the people really are friendly very much all the time, is good!’ (to be fair, her English was way better than my Italian).

I do hope there are more events of this scale attracted to Glasgow now, there is no doubt we can deliver world class sporting events when we need to and, bar the lack of a dedicated athletic venue, we’ve got everything you could need.

Glasgow Olympic bid for 2028, anyone?