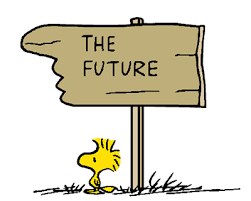 The new year looms ahead of us and whilst I know that logically it’s purely an arbitary numbering scheme that governs this thinking, one can’t help but think of the coming weeks and months as something fresh and full of possibilities. I guess the secret will be to keep that thinking through the rest of this year.

Sticking with my say yes more than no approach to the year, it’s probably worth remembering that I already have a few things booked in this year, and whilst I know more will appear, it’s good to have things to look forward to.

First up is the first visit of the year to my favourite dining experience, Six by Nico. This time round it’s the ‘Best of 2017’ and they are currently running polls to vote on which dishes will make the cut. Prior to the new gym regime/classes/torture sessions starting I’ve got a hot stone massage booked in on the 13th, and at the end of the month the first gig of the year; The Muldoons at King Tuts.

February means a new GoGo Penguin album, and then a The Go Team! gig at Oran Mor. I’m also attending a talk by Colonel Chris Hadfield, and have a couple more gigs, namely British Sea Power and Post Modern Jukebox. A pretty good set of gigs for a February.

March kicks off with the double whammy gig of John Grant and Elbow, ohhh and a few days in Barcelona (must book that!). April brings the Festival of Light, a DJ/LED spectacular (apparently), May will bring OMGSOEXCITEDALREADY LCD Soundsystem back to Glasgow, and June kicks off with Derren Brown before a wee jolly to London to see a small band called Foo Fighters play at a place called Wembley (which will be my first time at the ‘new’ Wembley, my only previous visit to the ‘old’ Wembley being to see another small band called The Rolling Stones).

So, a few weekends already planned, and by the time I add in birthdays, a few theatre visits that I’ve yet to book tickets for, a desire to get outside more often than not (I found my waterproof trousers so that should help!), and the usual random nights out and, well it’s already looking like the first half of 2018 is gonna be a good one.

Which all leads me to the real purpose of this post. Having looked ahead (and there is a lot else going on that isn’t listed here) I think I’m going to be relaxing my posting habits here a little.

Throughout 2017 I posted every Tuesday, Thursday, and Saturday. It was supposed to keep me in the writing habit but became a bit of a chore towards the end of the year (spot when I started writing up gig reviews and whatnot, just so I had something to write about). I’ll still do the Weekend Reading posts, but other than that I think I’ll be going for a less is more approach, or just posting whenever the mood takes me; which may well mean I post more often. The point is that I’m not committing myself to a schedule, as it’s already looking like 2018 will have plenty more to offer me and I want to be able to properly embrace those moments when they arrive.

And hey, if you are really that bothered you can find more of me on Twitter and Instagram.