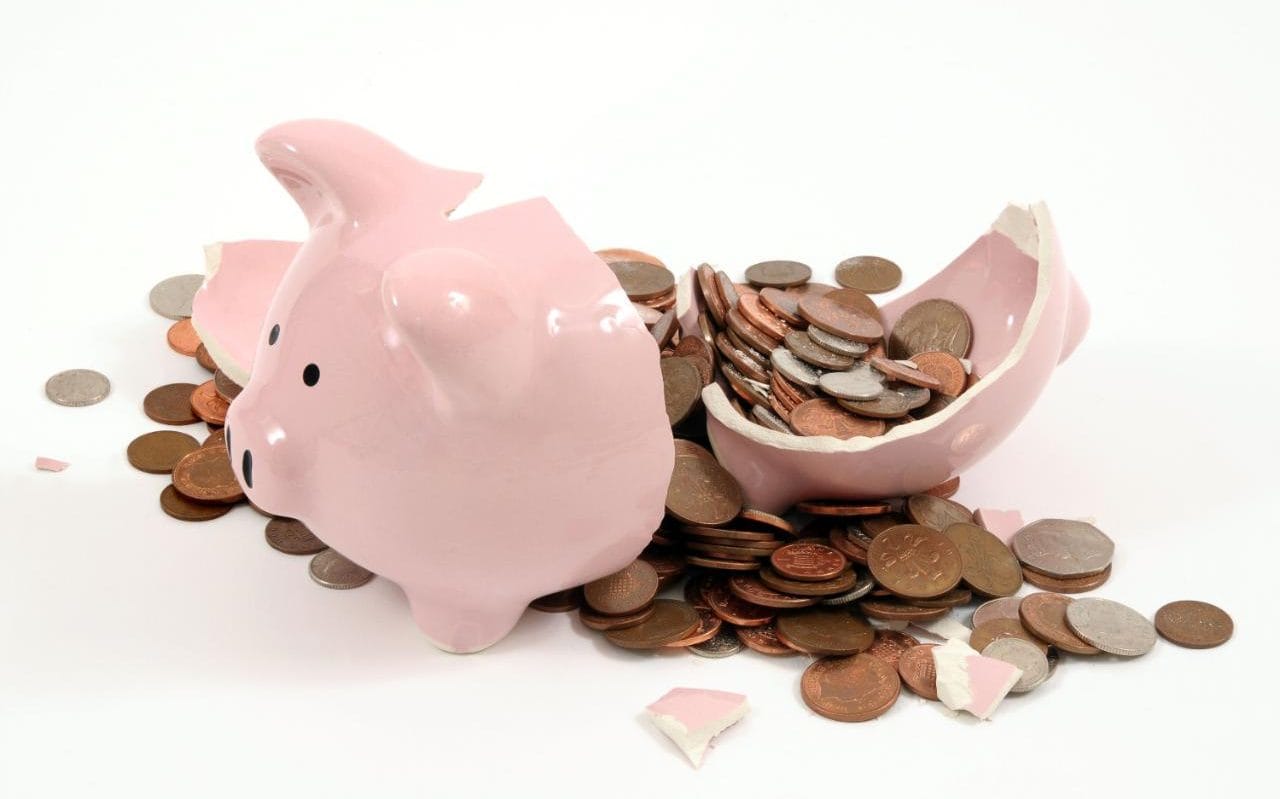 I don’t like talking about money. I find it similar to discussing religion or politics, it’s can be a very divisive topic and you can soon find yourself dragged into the long grass as emotions start to kick in.

I mostly don’t like talking about it because I’ve not been that great with money for a long time and, whilst I’m lucky to earn a steady wage, there is always an element of shame in admitting this. Over the past couple of years, and especially in the last year, I’ve wisened up and gotten a much better handle on both my spending habits (top tip: start here!) and started to reduce my debt, debt I’ve been carrying for a long long time.

There is a level of shame attached to debt. As a grown-up you are supposed to be knowledge about these things yet it’s one of the things they don’t teach at school which still baffles me. Given the first few years of secondary school is really more about HOW to learn, than WHAT you are learning, surely a “Life Studies” course could feature? Cover the basics of how to manage your finances – how to budget, how much to save – and then move on to other things you only learn as an adult; why voting is important, perhaps.

However, once I plunged in to my own finances and started tracking what I was spending it quickly became apparent that my month to month existence was barely sustainable. It’s fine whilst I’m working, but as soon as I stop I’ll be in quite a bit of difficulty. Worrying but as I looked more at how to better manage my money, it became manageable and not quite as scary.

Right now I have a three year plan to get debt free and every chance I get I throw a little more money at the debt, sometimes only an extra £20, knowing it all adds up. Being a geek I, of course, manage all this using a spreadsheet. One tab for the standard outgoings across my own bill payment account and our joint account, and another tab for tracking the debt (which allows me to adjust the amount owed, interest rate, and minimum payments). This second tab is where I’m gaming myself to reduce the time to ZERO DEBT, every penny paid against my debt helps, and in the past six months I’ve managed to squirrel away a little extra and brought the end date in four months. Go me!

It also means I’m always looking to reduce my regular outgoings. This is always a balance as while I could easily live without things like Netflix, there is a quality of life that I want to maintain a semblance of. Ultimately if needed I could quickly cut a few subscriptions, but they are last resort items.

Part of this focus means that, next month we get a new car. It’s bigger than the one we have now, has more bells and whistles, and is costing me about £100 a month less. I’m quite chuffed with this deal, and while part of me knows I could’ve gone smaller and cheaper, and shaved another £100 a month off my outgoings, this car is a way of future proofing the next four years as best I can; no MOT, we have very low mileage so probably only one service, means lower running costs than my current car. Equally, I’m leasing it so if, for whatever reason, I can’t afford to pay then I simply hand it back.

I should also mention Monzo (apologies to those whom I’ve already bored with this topic).

When we decided to move in together we agreed to get a Joint Account into which we would both contribute our share of the household bills. A quick search brought me to Monzo and as I had a vague memory of some friends using it, and saying good things about it, we signed up. From discussion to confirmation took an evening, it was remarkably simple and since then I’ve switched to using Monzo as my own personal account.

Monzo is simply a bank account, but it is app-only (no branches) which means they are focused on making the features available in the app better and better. So, not only do I get instant notifications whenever I spend anything – something that I thought would be annoying has actually made me much more mindful as you are aware every single time you spend and quickly realise how often you buy coffees – but the app includes the idea of Savings Pots where you can store money. In an ‘out of sight out of mind’ way of thinking it offers just enough friction to help you build up little savings to soften the blow of future outlays. Better yet, you can set up scheduled payments into these pots and build them slowly over time. I have a Pot called ‘Gigs’ into which I put £5 a week. Every time I buy a gig ticket, I can simply move money from that Pot back into my account to recoup the cost of the tickets.

And for the geeks amongst us it also has an IFTTT integration, meaning you can automate transfers to Pots based on the day of the week, the weather, if you’ve posted to Twitter (a social media tax kinda idea), and more.

You can easily split bills with other people who use Monzo, a few taps and they can settle their share, ohhh I could go on…

Oddly this micro-focus on money has helped me more than I realised and since moving to Monzo back in February I’ve gotten a handle on my pensions (and moved them to Pensionbee (use that link and we both get a £50 bonus if you sign up!)), I have a separate Marcus savings account, and a separate Plum savings (again, referral fee applies) and investments account as well. Again, having these other accounts means I can’t readily see the money in the bank account I use daily and it’s made such a difference to have those backups; during our American holiday this year we ended up wanting to stay an extra night in New York, without the savings in Marcus account it wouldn’t have been possible but, because it’s out of sight and out of mind, it was easily manageable!

Plum is an interesting one, as once it’s linked to your bank account it will ‘trickle’ savings based on a set of criteria you control. It’s a set and forget kinda thing, and will grab a few pounds here and there and move it out of your account. I’m past £100 since I signed up in June, and I’ve barely noticed it. Similar apps exist, Chip does the same kinda thing, I’d give them a look.

Sure my total savings isn’t all that much, but it’s enough of a buffer and it’s something I didn’t have in place at the start of the year. It all feels very grown up in theory, but I’ve found the apps, like Plum, make it much more understandable and oddly less serious, it’s almost fun to save some pennies each week this way.

If I sound a little zealous about all of this, then I apologise, I’m as wary as the next person of those who try and convert people to things just because they worked for them.

But it’s really hard not to sing the praises of things that made a material difference and which have helped you turn a corner that always seemed out of reach.

I’m a contractor, and the other day I had my usual catchup call with my accountant. Every year we chat through any changes and see if there are other things that I should be looking at. The past couple of years I’ve not really paid all that much attention as I didn’t have these plans in front of me, but chatting last week and I realised that I’m actually more on top of things than I realised and that the next phase of my ‘money life’ can start.

I think back to my upbringing and realise that I’m not wholly to blame for my lack of money education, it’s just not something that people talk about openly which makes it all seems like a bit of a dark art. Yet, shedding a little light on these things has reduced my stress about them and makes me far more comfortable, and knowledgeable, about them moving forward.

Even now, writing this post, I feel awkward and vulnerable knowing that others will see this, and that’s part of the struggle, removing the stigma of money and realising it’s ok that I’ve not been great with it in the past, it’s the future that concerns me more now and I feel in a much better place to tackle that with optimism.

It’s taken a fair bit of hard work to get me to this point but where there’s a will there’s a way, ohhh that reminds me, I need a will…