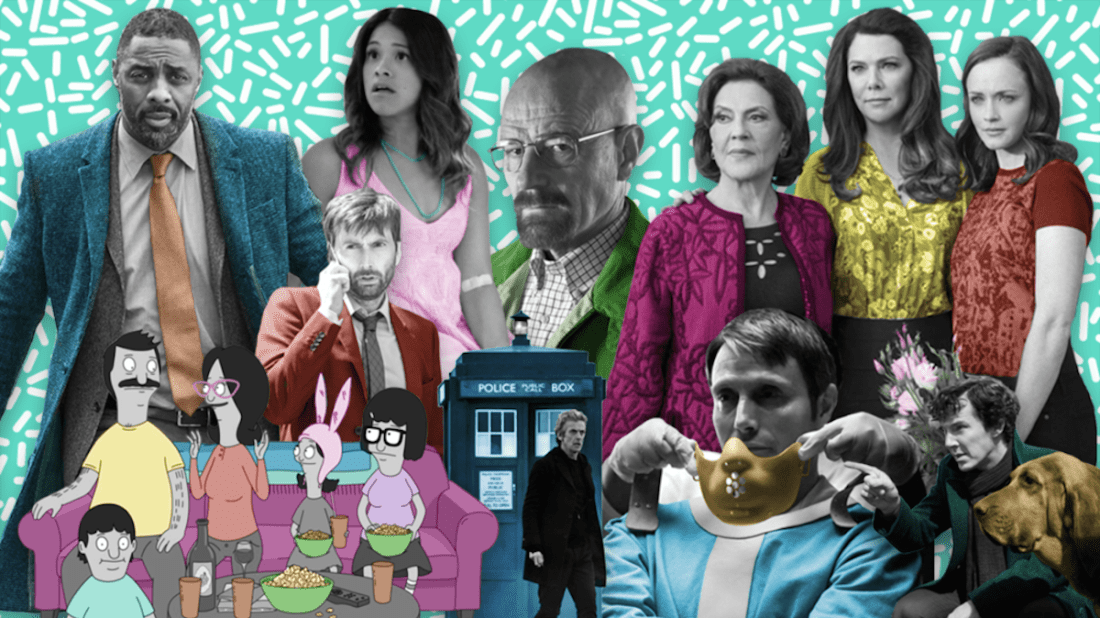 I grew up in a house that always had the TV on. My Mum knitted, professionally, and the TV was the back drop to that. As she was working, she preferred things that she maybe didn’t have to pay close attention to, so Saturday afternoon movies became a staple, as did cricket and Formula One, anything that didn’t need to be watched 100% of the time.

Of course I wasn’t knitting so I did sit (I don’t have the patience for such things) and watch these things, the movies, the sport, and have fond memories of sitting on the old round brown rug, resplendent with white Claddagh, as the screen flickered through lazy Saturday after lazy Saturday.

As I grew up, so TV took a lesser part of my life as I found more interesting ways to spend my time.

I’ve never been one for following the crowd and TV is a great example of this. I genuinely don’t now how some people can have watched every TV show they have, hour after hour after episode after episode. I’m as fond of a Netflix binge as anyone but they are few and far between, and so when people at work start talking about TV shows, invariably I haven’t seen it.

The quality of most regular TV is what puts me off, not the fact it’s popular (I’m not THAT contrary) and that’s before you get to all the political and ‘news’ shows that only add further weight to a vague conspiracy theory about how TV is really just the opiate of the masses or, as The Disposable Heroes of Hiphoprisy put it, the drug of the nation.

T.V. is
The stomping ground for political candidates
Where bears in the woods
Are chased by Grecian Formula’d
Bald eagles
T.V. is mechanized politic’s
Remote control over the masses
Co-sponsored by environmentally safe gases
Watch for the PBS special
It’s the perpetuation of the two party system
Where image takes precedence over wisdom
Where sound bite politics are served to
The fastfood culture
Where straight teeth in your mouth
Are more important than the words
That come out of it
Race baiting is the way to get selected
Willie Horton or
Will he not get elected on…
Television, the drug of the Nation

It’s not that I don’t watch television – I’ve just finished watching the entire How I Met Your Mother from start to finish for the first time – more that these days, I struggle to pick something from the myriad of choices we have available to us now.

And it’s only getting worse. Netflix set the standards but pretty soon after that Amazon pitched in (I’m currently watching The Boys there), and HBO, Disney, and BritBox all want a piece of the pie too.

It’s a vast change since my childhood days of three channels, and a big tube box with buttons and you had to get up out of your seat if you wanted to change the channel.

And what’s all that choice doing to my television experience? Diminishing it.

For a few years I hardly watched any regular TV. So much so that I considered giving up the TV License we pay in the UK as I was only watching streamed movies. I was fed up channel surfing and watching one or two episodes of a show that just didn’t have the production values I like and more often than not I ended up re-watching one particular TV show which, for me, is up there as the best that has ever been made (the first 4 seasons at least).

I can’t remember when I first stumbled across The West Wing, it certainly wasn’t my parents influence but I think my friend Susan was the first to clue me in. She had a bad illness for several months which kept her housebound so, to have something to talk about, we’d watch TV shows separately and discuss them. She foisted a boxset on me once and, since then, I’ve watched it start to finish about six times.

For me it’s the writing, the words and the way they flow from character to character that dragged me in, not to mention the stellar cast and high production values. I’ve not long finished listening to the podcast that, belatedly, accompanied the series – The West Wing Weekly – which featured one of the actors who joined the show in the latter years. He, Joshua Malina, had worked on other TV shows before, but hearing him talk about the way the show was made and how it was more like a theatre/movie production than the usual weekly TV show approach (quality over quantity) really solidified, for me, the reason I adore this show so much.

If you haven’t watched it, consider this a recommendation. Take the first few episodes at one go, it settles in by about episode three and just gets better and better from there. You will laugh, you will cry (the death of one character especially, every single time!) and alas, in our current political climate, you too will wish for a President Bartlett to appear. It’s a soothing balm of a show, that places good over bad, right over wrong, with all the human frailties that go along with that.

As the autumn nights head for winter, the comfort of a sofa and a blanket and familiar TV show is beckoning again. Maybe it’s time for viewing number seven…