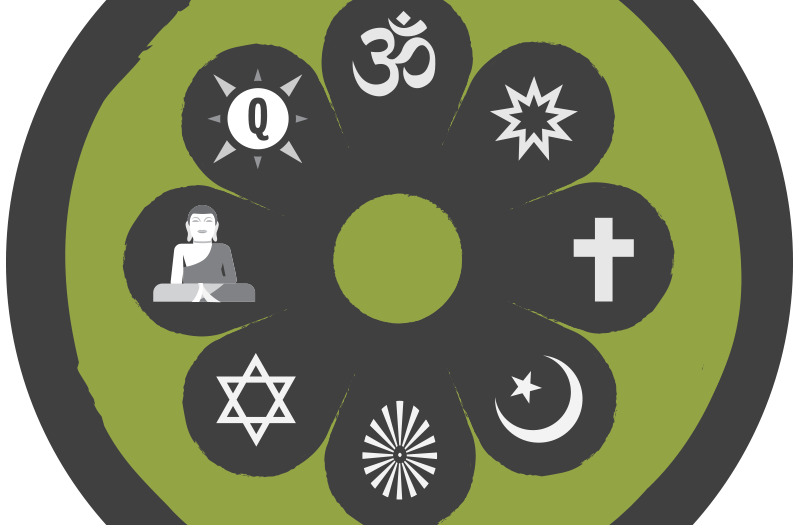 Our Father, who art in heaven, hallowed be thy name.

I can still recite this prayer, word for word, despite not having actively set foot inside a church for the best part of 30 years. I’m not sure if that is awe-inspiring (the power of the human mind!) or terrifying (mind washed chanting), but there you have it.

My childhood was dominated by time spent in the church and in the church halls. Sunday School before the main service on a Sunday morning, Saturday clubs, and the Boys Brigade, all meant that for a while I spent most of my ‘organised’ leisure time there. It was great fun, aside from the boring God stuff of course.

I also joined Scripture Union sessions when I was in secondary school, even going to a week long SU camp on Arran a couple of times. Again, a lot of fun, and some wonderful memories, but again, there was that boring God stuff…

Except the God stuff isn’t all that boring, certainly not as I got older and started to actually READ the bible properly, to understand the stories better both in terms of their underlying messages but in some of the visceral imagery used. There are some wonderful stories in the bible, perfect for a young mind to latch on to and absorb.

But at some point, probably when I got to an age where I was allowed to make my own decisions as a young adult, I stopped going to church, the Boys Brigade ended for me too as I was no longer a ‘boy’, and God took a back seat in my life, easily written off as a bunch of stories written by men to influence and control other people.

I look back on my childhood, and those religious specific memories with nothing but fondness now, and can see it was good for me to be there, to be socialising, and learning how to be a kind person, even if that kindness was only viewed through a specific lens.

Unfortunately, and particularly as we attend Church of Scotland services, the older I got, the more bored and disinterested I became. It’s an area the church has definitely struggled with, staying relevant in modern times, and looking at the average age of those Sunday morning service attendees – which was already pretty high when I was still going – and you see why.

For a long time I just steered clear of the topic of religion, happily ensconced in my agnostic atheism (yes it’s a thing), but as my awareness of the world grew, so did my view into other religions.

What is it about religion that can bring such fervour?

To be clear, I’m not anti-religion, there are elements of what they aspire to that are good, it’s just unfortunate that many people who claim to be religious are really only interested in the aspects of a given religion that works for them. To my basic understanding, of the most populist religions at least, none of them suggest anything other than compassion for your fellow human, regardless of their circumstance. Yet wars have been started because of religion, individuals have been targeted, vilified, and killed because of religion, so remind me again why religion is a good thing?

I believe in science. I do not believe there is some omnipotent deity overlooking us. And yes, I’m aware that I hold a position of atheism and am talking in terms of the here and now, and that those of a religious persuasion will hold the view that there is more to life than what we see in front of so… well that’s a discussion that will never end.

I know many people who are religious, and by and large they are good people, who care for others, have kindness in their hearts, and understand that the world isn’t two-tone, that there are levels of acceptance that their religion may not have right, but which in their day to day lives they find a way to balance.

I’ve sat with Muslims who go to prayers every day, and have the occasional bottle of beer now and then. I’ve gone drinking with Jews who scoff down bacon rolls the next morning, I’ve lunched with devout Christians who swear and commit blasphemy more than many other people I know.

Life is a spectrum, and my problem with religion is when it forgets that fact. We are not all the same, one person is not the same as the next person, they are different by genetics, by social standing, by upbringing, by education, by nutrition, by the colour of their skin, by their abilities. Yet many of the religious writings and scriptures and studies don’t even knowledge these things, let alone give them any attention. And, given that all of the historic writing on religion was done by men, it’s easy to start to see how it has been easily used as a way to keep the ‘people’ in their place.

With all of that in mind, I look at the power that religion still wields today and the fanaticism that it can generate, and it’s just not something I can agree with or follow.

Finally we should tackle the entire notion of faith. It’s already a fallacy, given that I don’t have any faith in any God of any sort, but when I see this behaviour exhibited in other people who I consider to be smart it always baffles me (which, those who have it, will argue is why I don’t have it in the first place, circular logic is also something that baffles me when exhibited by those I consider smart, but I digress).

Faith: The assent of the mind to the truth of a proposition or statement for which there is not complete evidence.

I’ve yet to see an answer to that question that would give me faith.