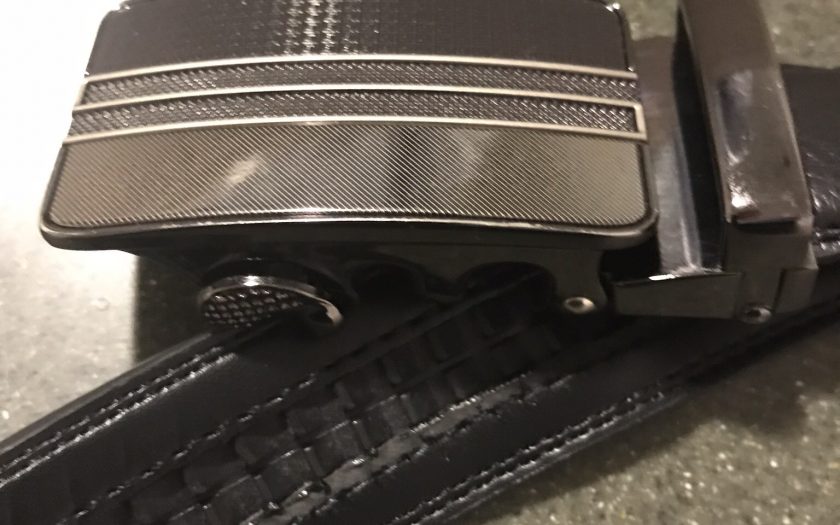 I don’t think it’ll come as any surprise that I take great delight in finding small improvements in the items I own, especially as I’ve written about this before. I’m always curious about this kind of thing, where design meets functionality, and the benefits it can bring.

That said, most of the time when it comes to finding simpler things I end up replacing something I currently use with a newer, better, item and that usually means accepting a compromise of some soft. The balance is finding where that compromise will give me better form or function, over the aesthetical elements of the item. It’s not often you find something that hits both (design aesthetics are a very personal thing after all) but sometimes, if you are lucky, you get both in one item, with improvements to function that also delights with form everytime you use it.

In my mind the merging of those two aspects of a product are the key to making something, like a key fob, delightful. I guess when people talk about product design, that’s what they really mean. When you use a product that works perfectly for what it was designed, that looks good and feels good, and you get a little moment of delight everytime? That’s the type of product I’m talking about. It doesn’t need to be big, or expensive, or flashy, in fact I don’t think those types of products would have the same sense of satisfaction as these smaller, simpler items I’ve been finding. Maybe it’s because they scratch an itch/remove a little moment of annoyance, but whatever the reason, it is immensely satisfying to find them.

For most of the things that fall into this vague category of “things I wish were simpler/better”, there is usually a driver for the change and it’s almost always a repeating annoyance that will eventually tip me over the edge (*). For everyday items (like wallets or key fobs) I’ve always managed to find a product that addresses my needs one way or another, and so I have to presume that I’m not the only person experiencing these (admittedly mild) daily annoyances or these products wouldn’t exist.

Mind you, the day I don’t find something is the day I become an inventor and make millions!

And yet it’s not always an annoyance that brings one of these discoveries to bear. Sometimes these useful things just fall into your lap even though you didn’t realise that the item they were replacing was in need of replacement. Of course when I say ‘fall into your lap’ what I really mean is that they are gifted to you by your parents when they return from their holiday at Lake Garda.

My parents are well-mannered, thoughtful and all round lovely people (I’m the black sheep of the family obviously). They are the type of thoughtful people who will always (even if you mention that they don’t need to bother) bring you back a ‘wee something’ when they’ve been away on holiday. I tend to get polo shirts, the occasional wallet, and the last time they returned they gave me a belt.

It’s a nice belt, black leather with an anodised buckle, Italian in style. It looks good as far as belts go but beyond that it’s just a belt, so when I got home that evening I dumped it on top of my chest of drawers with nary a thought.

The next morning I decided to try the new belt – purely because it was sitting there in view – and slipped it through the loops in my trousers. It was only when I went to buckle it up I realised there something odd… where were the holes? What the hell was this weird buckle mechanism all about?

Turns out that my parents had (unwittingly wittingly! According to my Dad, sorry Dad!) bought me track belt, an almost fully adjustable belt that uses a ‘track’ of ridges and a simple spring loaded locking mechanism, similar to a ratchet. This means it’s better than a traditional ‘hole punched’ belt because it’s far more adjustable, and better than a sliding/teeth gripping style belt as it won’t slip open.

I’ve worn the new belt almost constantly for the last few weeks and it was only when I went to switch it out for a brown belt last weekend that I realised that, without me really noticing, this new belt was actually fixing an annoyance, an annoyance I’ve lived with all my adult life; traditional belts suck.

It may be down to my physiology (I carry all my fat in my belly) but traditional prong and hole style belts are either not quite tight enough, or too tight. In the past I’ve just punched additional holes (my Dad has, for some reason, a tool for this exact job) but even then you are always compensating depending on the thickness of the clothes you wear, or (more likely) if you’ve just had a big meal or not.

Not so with a track belt. The ridges inside the belt (the track) are usually only a few millimetres apart so it’s far more adjustable and after a couple of weeks going back to a traditional belt is an annoyance and doesn’t feel as comfortable or secure. Why would anyone want to use one of these?

I’m loving it so much I’ve ordered a second (in brown) and will ditch all my other belts in favour of these style of belts.

For those who liked the Trove wallet I mentioned previously, they’ve recently started a Kickstarter for a newer version. Not sure I’m a fan of them adding the pullout tab but I’m tempted to get one to see.