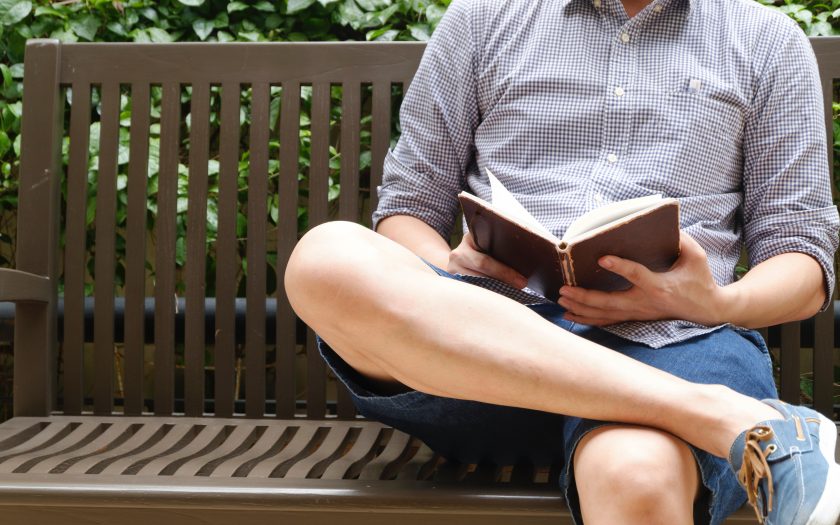 The house I grew up wasn’t far from a large roundabout, you could see it from where I sat at my desk in front of the bedroom window. I used to sit there in the evenings and watch the cars driving up and down the hill, round and round that roundabout.

Of course I wasn’t sitting there with the express purpose of watching cars; I was supposed to be there to do my homework or study for exams but I think it was an important time for me to properly learn the art of procrastination, and I would like to point out just how well that particular skill has served me over the years!

Evening after evening I’d sit there and pretty soon I could recognise a car from the shape of the headlights as they came down the hill towards me, or the rear light cluster as they disappeared from view.

It was a simple distraction yet it was so totally engrossing that I could lose a whole hour just sitting watching cars drive round and round the roundabout, a gentle way to relax whilst completely avoiding what I should’ve been doing and one of a few ways I’d spend my ‘me time’.

Due to the age gap between me and my sister, I spent a lot of my younger years as essentially an only child. I was 7 1/2 when she was born and that difference in our ages always meant we were at different schools, different stages of our lives as we grew up. As such, I was used to spending time on my own, lost in my imagination, creating my own worlds. It’s fair to say I was, and still can be, a bit of a daydreamer.

As I got older those moments moved from my own imagination to the imagination of others as I discovered the joy of books and the wonder of the silver screen. Pivotal moments in each revolve around the same story; the novel written by Arthur C. Clarke that was then adaptated for film by Stanley Kubrick, 2001: A Space Odyssey.

I read the novel when I was 12 and it was a step up from anything I’d ever read before. I’d already started into Sc-fi with Nicholas Fisks Trillions, a book aimed at children, and descending into the hyper-described world that Arthur C. Clarke created was like walking through the door of the Tardis. It lead me to start exploring ‘older’ books and I was lucky that my father was a voracious reader so there were plenty of books to choose from. Next up was an author called Richard Bachman who also has had some of his stories adapt into movies (The Running Man the most prominent under that pseudonym, but you know him better as Stephen King…).

As for 2001 the movie, I can’t remember exactly when I first saw it but it feels like it was only a couple of years later. I used to watch old movies with my Mum, the old Hollywood Classics with Katherine Hepburn and Cary Grant, the MGM musicals and the like. My Dad took me to the cinema to see E.T. when I was 9, a rare outing, and I have vague memories of being taken to see The Empire Strikes Back around the same time. Both movies are classics but are very mainstream, 2001 was an entirely other type of thing and my first glimpse into the real power of cinematography to present something beautiful, esoteric, and challenging.

In the intervening years, as more and more ways to distract myself became available – hello internet, hello social media, hello smartphone! – I managed to lose the ability to sit quietly by myself and just let time pass. The ability to be ‘always on’ and ‘always busy and productive’ meant I didn’t really notice this slow change of how I spend my time evolving; I guess it’s hard to notice the absence of something you weren’t really aware of in the first place, at least I certainly wasn’t aware of the value of such ‘me time’ activities.

In more recent years and as a direct result of all that decluttering and simplifying stuff I’ve been harping on about here for the last few months, I have more time available and that in turn has started me thinking about how I spend it, what values I attach to both the time/space and the activities I fill them with.

I was chatting to a friend the other day and she mentioned that she’d considered seeing if I was free last Sunday afternoon but she didn’t ask because “you are always busy”. I responded to that honestly and said that she was always welcome to ask but that sometimes I might say yes, or sometimes I might say no even if I’ve nothing really planned.

I didn’t really think about what I saying to her at the time, it just came tumbling out but I realised that I’ve started to be more protective of ‘me time’ as I now see how valuable and needed it is. This isn’t about not wanting to spend time with my friend, but about making sure that the next time we hang out I’ll be in a better, happier place (and hopefully a better friend because of it).

I think a lot of us can give ourselves far too hard a time if we choose to be alone for a while, or turn down an invitation because you’ve already got a lot going on. I love socialising, I love going out, but I also know that sometimes I need to say no and just stay in and let my spoons* recharge.

Despite the gigs and events that litter my calendar, regardless of evenings spent catching up with friends, meals out, family visits and the like, I’m much more conscious to carve out time for me. It’s not always easy as it means saying no, and the flipside is that having TOO much time on my own isn’t all that great either. The real kicker is trying to figure out when I will need more or less of either, as that changes week to week (day to day at times!).

I’m also trying to use my ‘me time’ better, and I’ve been returning to those activities that I now see have additional benefits. Sure I could put on the TV and watch some mind numbingly dull soap whilst endlessly checking social media but I know that I’ll just get bored. More and more these days I’ll use that time to read a book, or watch a movie or documentary, and in the last few weeks it’s also meant time to re-learn how to play piano (which is going much better than I expected).

It’s not always been this way of course, looking back I know I have a tendency to put others first to my own detriment, and it’s taken me some time to get to where I am today, it

Telling someone in your life that ‘I need some me time’ is not selfish, not a bad thing, and definitely should be viewed (by all parties if possible) as a positive choice. As the cliche says ‘those that matter won’t mind, and those that mind don’t matter’**. I am very lucky to have friends and family that know and respect that decision. I don’t use it often because I am careful to keep a day or so here and there to myself anyway – the benefit of being old is that I know I have to do that now – and I never use ‘me time’ as an excuse NOT to go out and have fun with all my awesome friends and acquaintances (and those random strangers, except for that guy that said he might stab me…) no matter how tempting it can be after a long week.

Some days you need to push yourself – Why Don’t You Just Switch Off Your Television Set and Go and Do Something Less Boring Instead? – and some days you need to take care of yourself. Thankfully the taboo that is mental health is starting to shrink, it’s getting easier to be honest and most importantly unashamed when you are making decisions that are good for you and you alone.

* very aware I am abusing the notion of spoons being transferable but they kinda are for me, but only because I’m lucky enough to currently be living without any major mental or physical health issues or disabilities.

** Full quote is “Be who you are and say what you feel, because those who mind don’t matter, and those who matter don’t mind.” Bernard M. Baruch