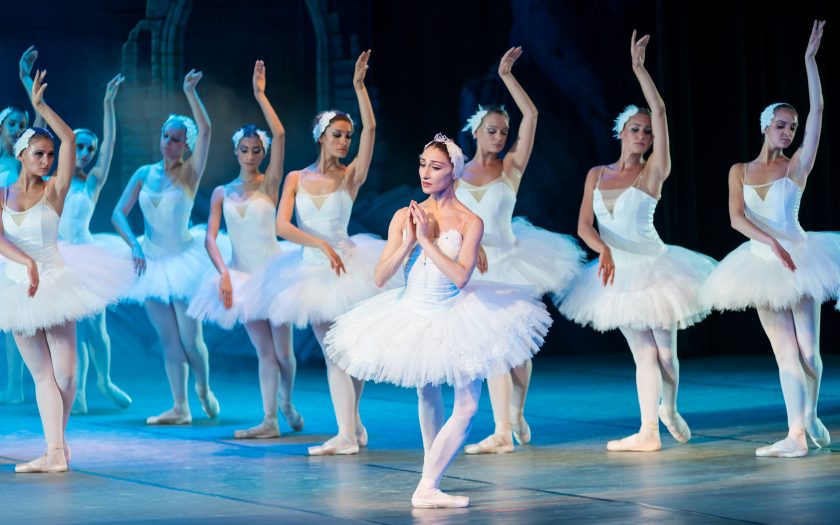 It’s always good to try something new and so I kicked off this year with a first; my first ever live ballet performance (watching, not performing) of Swan Lake.

Having spotted it on Facebook late last year, I posted to see if anyone else was interested and one of my awesome gym buddies Martha said yes, and so it was that Martha and I found ourselves taking our seats, both a little unsure of quite what to expect but excited nonetheless.

I’d figured that Swan Lake was a reasonably safe bet for a ballet virgin (no doubt those in the know will correct this assumption) if for no other reason than I know the music. I’ve not been to many dance performances; a flamenco show in Spain many many years ago still reverberates for despite having seen flamenco on TV, seeing it live in the flesh was an entirely different experience that was as sensuous as it was slick. As I had seen ballet on TV before, I wondered if a live performance would translate the same way.

My only preconception was that ballet was loud due to the blocks in the shoes, so as the lights dimmed and the orchestra breathed into life I could feel my pulse quicken.

The story of Swan Lake is a bit on the dark side, all sorcery and death but isn’t all that complex, or long, and of course the story is just the vehicle to bring the performances to life. One thing that was quickly apparent was that there is a lot of applause during a ballet.

It’s quite an experience, not just the fact you have a small orchestra playing mere feet from you – we were three rows back from the front – but the physical prowess of some of the dancers was startling. It took me a while to fully get to grips with what I was watching because the dancers all made it look almost effortless, whether one of the main troupe or one of the leads. At one point, the prima ballerina spends a few minutes spinning en pointe, on one foot, it was utterly mesmerising to watch the control, poise, and elegance on display.

A few little surprises though, not only how much the dancers talk to each other on stage (you can’t hear them of course, so I was wondering if it was on-stage direction or asking what was for dinner that evening), and with many of the ensemble dancers on stage during performances, there was a lot of regal hand waving as one of the leads had the rest of the stage to themselves, but maybe that’s just a Swan Lake thing?

I did enjoy it on the whole. The opening two Acts were a little slow, but throughout the performance I found myself in that wonderfully ‘lost’ place, utterly focussed on the stage and unaware of my surroundings. Whilst I wouldn’t say I was a convert, I’m glad I went and maybe I’ll look to a few more dance acts at this years Fringe Festival… maybe…