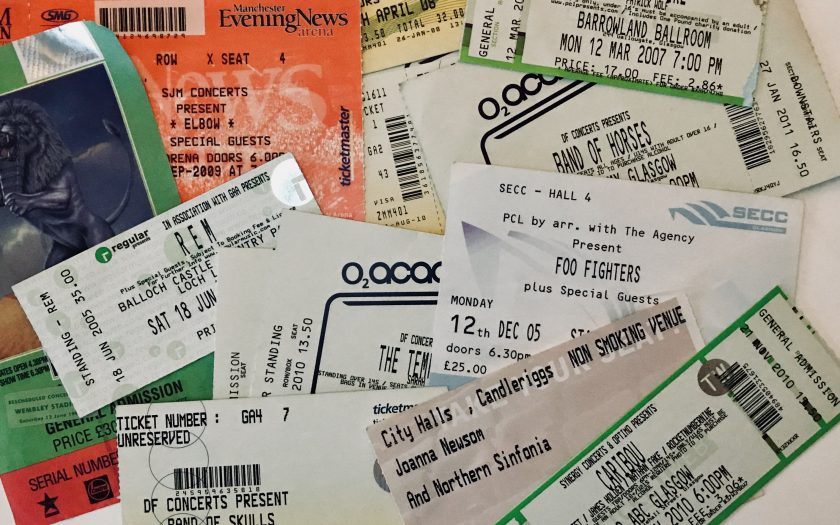 How many gigs do you attend each year? Which band have you seen most often? Which venue is your most attended? What month is ‘gig month’ for you?

With quite a few gigs lined up in the coming weeks I’ve been busy scouring setlist.fm to create some sample playlists in Spotify to give me a sense of what said gigs may contain. Not all bands stick to fixed setlists though – Pearl Jam change theirs dramatically for each gig – but it gives me a sense of what to expect and has highlighted a couple of tracks I tend to skip, so it’ll be interesting to hear those particular tracks played live.

It’s always interesting seeing what a band considers setlist worthy versus my own tastes, both when they match and when they don’t. Why is THAT track a crowd favourite, when THIS track isn’t? Ahhh the joys of subjectivity.

It’s a fun bit of pre-gig prep but does leave me wondering why there isn’t a better integration between setlist.fm and Spotify? Why is that not a thing? A value add to both services and possibly even a way to monetise setlist.fm? The ability to login to setlist.fm, find a setlist, and have a Spotify playlist sitting waiting for me if I want it, well that’s something I’d definitely pay a subscription for, wouldn’t you?

I’m aware of things like Setify but I’m not massively confident in their long-term viability and that’s really my concern and having been stung by a few services falling away I find much more inclined to subscribe, contribute, or tip, to keep a service that I find useful active and maintained.

The service was based on a simple premise – find a listing of a gig you’ve attended and add it to your ‘lanyard’ – and which had some nice touches; allowed crowd sourced entries, showed total counts (hi Elbow, I’ve seen you 8 times already), and included the setlisting from, you guessed it, setlist.fm.

Alas it seems lanyard.fm is no longer being developed or supported; they’ve turned off the ability to add new entries meaning if the gig you attended isn’t already in their database you are plum out of luck. Booooo to transient web services.

Undeterred I did what any self respecting geek would do and spent a couple of hours last weekend going through all my kept ticket stubs (I think I have ticket stubs for all but 3 or 4 of the gigs I’ve attended) and logged them in a shiny new spreadsheet of my own creation. Date, Band, Venue, Location, and Notes.

And with all that data logged there is the chance to do a little bit of analysis, I mean what’s the point of having a spreadsheet if you don’t throw in a pivot table or three, right? I now know that:

What does all this tell me?

Well it tells me that I need to mix up my locations and get out of Glasgow a bit more, and that I need to try and spread things out across different months because I know I get a bit “gig fatigued” come December. It also means I have targets to beat for 2018! Ohhh yeah, competitive gig going, that’s where it’s at!!

How about you? Do you keep a track of which gigs you go to?

* I’m including the next time I’ll see them in 2018, already got the tickets!