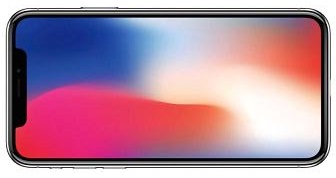 We’ve had a couple of days to digest the recent Apple keynote, and a few more days than that to pour over the leaked data that basically outlined all of the announcements and almost reduced the keynote to little more than a series of (mostly) slick product presentations.

Almost, but not quite. There was certainly no hint about the opening video and tribute to Steve Jobs, which was a nice surprise and perfectly handled by an emotional Tim Cook, and it certainly added to the poignancy of the occasion. The new venue certainly looks impressive but I find I’m still stuck between thinking it’s either ‘over indulgent’ and/or ‘inspiring’ but there is no doubt it’s well designed with an incredibly high attention to detail (check the linked article for details on the concrete handrails).

Of course these events are really all about the iPhone and, once we’d gotten some Apple TV (4K and better content availability), and Apple Watch Series 3 (Cellular built in) news, it was on to the stars (plural) of the show.

Actually , I’m doing the Apple Watch a disservice, whilst the ‘appeal’ of making and taking calls on my Watch, and being able to leave my iPhone at home, isn’t really high on the list of my desires, I have to admit that the Apple Watch live demo, if it really was that slick, certainly confirms that there is some damn impressive tech crammed into a tiny wrist computer. Ultimately, the only real reason for me to want to update to a Series 3 Apple Watch would be the new wireless charging option… but more on that later.

On to the iPhones then.

Personally I’ve long since given up any pretence that I WON’T upgrade but knowing that this year they’d be announcing three new models, the question is more about which model I’ll go for, a ‘like for like’ upgrade to an iPhone 8? A ‘go big or go home’ upgrade to an iPhone 8 Plus? Or a ‘GIMME THE NEW SHINY’ upgrade to the iPhone X. And those of you who know me (even a little!) are already probably rolling your eyes and thinking, ‘obviously it’ll be the iPhone X’.

And that was my first reaction too. But I’ve had a little time to step back and apply some non-emotion based thinking (it really does look very pretty and shiny!) and ask myself the quesiton, am I really ready to part with £1000 just to get a nicer screen, FaceID and wireless charging? On the face of it (pun intended) that’s a lot of money for a few features.

Of course it’s not that simple – is it ever? – and there are other things to be considered.

I’ve been an iPhone user for a long time and most of the functionality that I am concerned with is based in the way iOS does (or doesn’t) do things. As much a fanboy as I am, I’m not completely wedded or bought in to the Apple Ecosystem. I use Spotify instead of Apple Music, I have an Amazon Alexa so won’t be getting the Apple equivalent, I use Dropbox over iCloud, etc etc.

Yet there are a few limitations with my current iPhone 7 that are hardware based, namely the camera. I’ve used my iPhone as my main camera for a few years now (I really should sell my Canon EOS) and whilst it has improved version over version, the one irk I have is that whilst I don’t want a phone the size of iPhone Plus I have coveted the additional camera capabilities it has.

Stepping outside of the iPhone X world then, I have a straight choice if I want to upgrade my current phone – which obviously I will because why else would I be on the uprade programme – do I go to iPhone 8 which doesn’t really give me anything all that new in terms of hardware/form functionality (sure it’s faster but at this point am I even gonna notice?), or do I go to iPhone 8 Plus to get the improved camera BUT have to live with a phone that no longer comfortably fits in my pocket.

If only there was an option for something with the improved camera capabilities that wasn’t as big as an iPhone Plus.

OK, so the iPhone X is bigger than the iPhone but not by all that much, and it isn’t as big as the iPhone Plus… so on that basis alone…

OK. I know, I KNOW, this is a long-winded blog post for something you’ve all already figured out. This isn’t a WILL I/WON’T I discussion, this is a WHY CAN’T I GET IT NOW! justification post, I’m well aware of that.

Regardless of all of this waffling justification, the one thing that struck me on watching the keynote was that the iPhone X is interesting, it’s new (enough), it has different things to offer. The iPhone 8 simply isn’t all that exciting and mirrors my increasing ‘meh’ feeling (and that of others). Every keynote we hope for something NEW, something that LEAPS FORWARD, much as the original iPhone did. Sure the iPhone 8 has some improvements, a bump in spec, etc etc but I don’t think I’d see any particular difference given I’m already running iOS 11 on my iPhone 7, and that’s where the day to day changes are manifest.

But a new form factor, a new screen type, a new set of functionality, that is something that appeals, that excites, even if it’s still not a leap forward in any particular way, shape or form.

Of course this is a large part of the problem for tech companies like Apple. The further they hone their products to make them easier and better for users, the further away the amazing technology is hidden. Face ID is a great example, a simple piece of functionality that is powered by some utterly amazing technology (plus the icon is a nice touch). If it works as well as Apple claim it’ll be a nice addition. Plus, who WOULDN’T want an animated talking Poo Animoji message!

I’ll close with a final, personal, piece of justification. I have to admit that whilst it’s not new technology (shut up Samsung owners, I KNOW!) the wireless charging is a nice boon and I know that it’s this type of simpler implementations of things that I enjoy the most; for example, my main use of Alexa is to turn off three lamps in my Living Room at one time, yes it’s lazy but it’s so simple and easy to say a few words as I walk out of the room and leave as the room falls dark. Apply that thinking and wireless charging leaps up the list of ‘simpler is better’ justifications and… hello iPhone X!

If you are so interested you can watch the Keynote here, even if only for the opening few minutes showing the new Steve Jobs Theatre space.